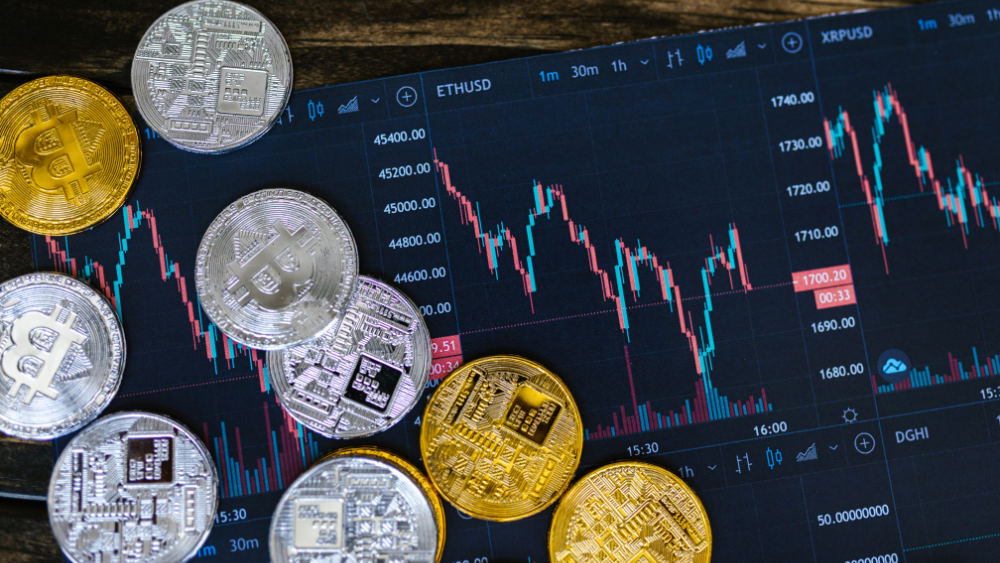 ‍CEO and Co-Founder Ivan Zhang tackles the top market observations for the week. Follow us on Twitter and Instagram to stay up to date in real time..

If you had told me the biggest market mover last week was retail sales, I would have been flabbergasted. But it’s not just about bad retail sales, it was an affirmation of a very new dynamic.

Since last week, the bad news is now…bad news. That’s right, I said it. I also said it last week, but it’s never been clearer now. It is an important shift. Last week showed that we are now well clear from the artificial support of low rates provided by the Fed propping up everything. Each asset class is now on its own.

What does that mean? This means more decorrelation, another symptom I described a couple of weeks earlier. Unless you trade correlations (which some people do), it means that for your portfolio, there will be a lot more diversity in returns based on what you pick now. Never is the maxim of diversification more important now than ever before.

I did get a few things wrong though. Typically, by this time of year, the markets are rather sleepy. But last week was a banger and I don’t see how the market can reach a consensus in the weeks to come. This means more volatility ahead, despite people wanting the year to be over already. Particularly because…

Given the timing of CPI and FOMC this week, everyone felt confident that the FOMC on Wednesday would reaffirm the Fed’s softening stance on rate hikes, perhaps hinting that the end of hikes would be near. So buy, buy, buy?

The market exploded up following the news only to give back most of the gains throughout the rest of the trading day. What gives? Perhaps it’s really because CPI is merely a proxy for what was to come…

Surely the Fed had to put up a tough facade so that everyone would believe their credible threat of hiking at all costs as long as inflation remains high. It sort of came through in a “Yes, we get it, what else is new?” kind of way.

Because inflation is indeed dropping faster than expected, and the 1970s were not like today at all. Maybe the Fed is overly cautious of a specific scenario that’s not as similar as today’s predicament. That would mean the Fed is making a mistake. Within an hour of the announcement, long-end bonds were already higher than they began the day.

Either people entirely believe the Fed, and therefore inflation will remain low, or they believe the Fed will break something, causing rates to go back down faster than expected. Which one is it? Well, judging from the following day…
‍

To be frank, retail sales are usually quite volatile figures, so to be off by 0.3% is not the end of the world. It did, however, clash with earlier news from retailers. Early indications were that Black Friday and their post-turkey Cyber monday/week/fortnight deals were strong.

Against a backdrop of unsupportive fed and a black hole in consumption, stocks began to sell in earnest, building up momentum again on Friday from softer PMI reading. And it certainly didn’t help that…
‍

Sometimes being too right may not be a good thing. I hoped for ease to boost economic growth but certainly did not anticipate the speed with which China reversed course on its signature zero-COVID policy. Beijing is now facing a surge of COVID which many say few were prepared for. Will this mean a playback of 2020 for China in the same way it’s played out in the US? Will this mean short-term pain but a pop in medium-term growth? This is something I’ll be following closely in the next few months.

Given that Omicron is now the dominant variant which is a lot more transmissible but less virulent, it’s likely we’d get a critical mass of infections within 6 months. That means for those that are willing to bear short term pain, are looking at a potential prodigious comeback if China is able to restart its industrial export machine and staunch the bleeding from its real estate sector.

The Fed finally hiked itself out of relevance. Where and when the Fed is going to hike the next 50 bps will no longer be relevant. If your funding costs are already in the 4-5% range, a 0.50% change from those levels over a year should hardly change your thesis.

Beyond that, the only scenario we haven’t heard about yet is “good news is good news”. That will probably take at least another few months until we get over the bullwhip effect that’s impacting supply chains.

I also recently thought hard about whether there is an analogous bullwhip effect in financial markets, where a series of dramatic easing and tightening cycles can cause massive swings further down the capital structure. My hunch is that there is indeed such a thing, and we’d only get calmer waves once the Fed stops hiking. The level of rates may be high, but in 6 months, the certainty of where rates will be 12 months hence will also be high, and businesses are powered by their ability to plan.

My big bet is that this will become bullish for markets in the second half of the year regardless of where rates are. But before we get there, let’s all take a merited break from a very interesting 2022. We will skip the following week’s commentary, and be back first thing in ‘23!